Artificial Intelligence: How to remain relevant in a digital world

Redefining Marketing: Sales Enabler to a Growth Driver – Are You Ready?

What is PR exactly? And what do I do with a PR degree? 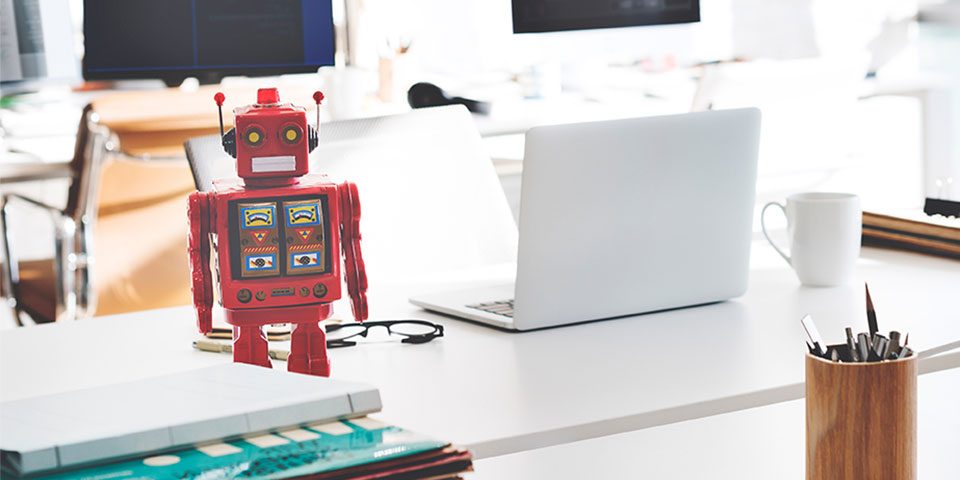 Business managers currently spend 54% of an average work day on administration, according to an Accenture survey published in the Harvard Business Review. The research surveyed 1,770 managers from 14 countries and interviewed 37 executives in charge of digital transformation at their organisations. It found that after administrative chores, only 7% of time was left to develop people and engage with stakeholders, with 10% of time spent on strategy and innovation, and 30% on problem solving.

What happens when AI applications start to automate the admin?

If you ask me, this sounds like my dream role! Just take The Associated Press, for example, which expanded quarterly earnings by using AI to increase reporting from 300 stories to 4,400. The technology took care of the number crunching and analysing company data to automate short stories in the same time it took reporters. This freed journalists up to do more in-depth reporting on what the numbers actually mean – the intellectually engaging stuff that journalists thrive on.

Gartner predicts that AI-derived business value is forecast to reach $3.9 trillion in 2022 and save 6.2 billion hours of worker productivity.

In a Forbes special edition on AI in the workplace, Brienne Ghafourifar, co-founder of the AI technology firm Entefy, says that AI will empower managers of the future. 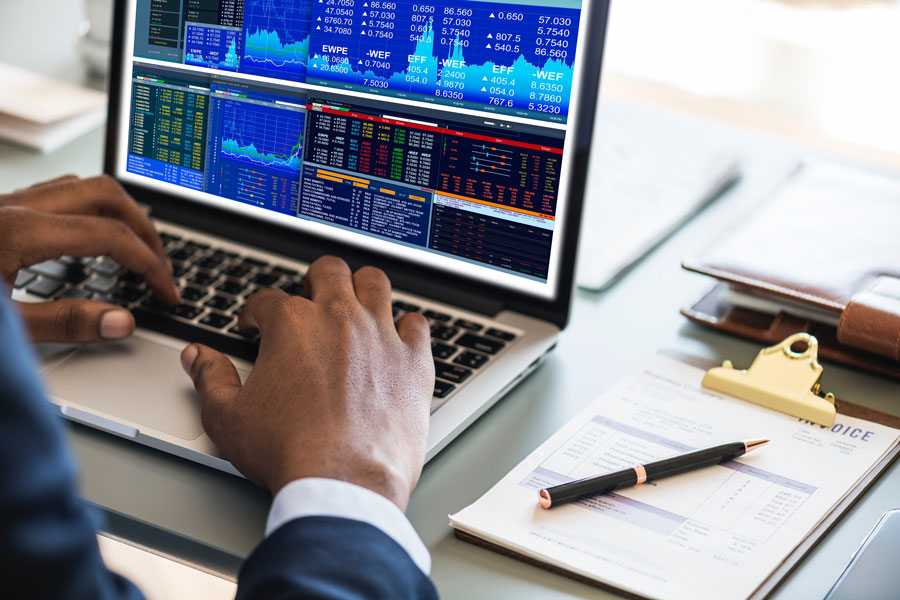 The World Economic Forum reports that by 2025, automation will handle about 28% of the task hours spent on decision making. Future managers should be able to work alongside AI, and use the given data to make better decisions. The Accenture survey revealed that 78% of managers believe that they will trust the advice of intelligent systems in making business decisions in the future.

But working alongside machines requires the development of critical thinking. It’s one thing to just go with a decision that a machine recommends, but how do you communicate that decision to employees and customers? What impact will it have on the business and society? What if the data suggests something unethical? 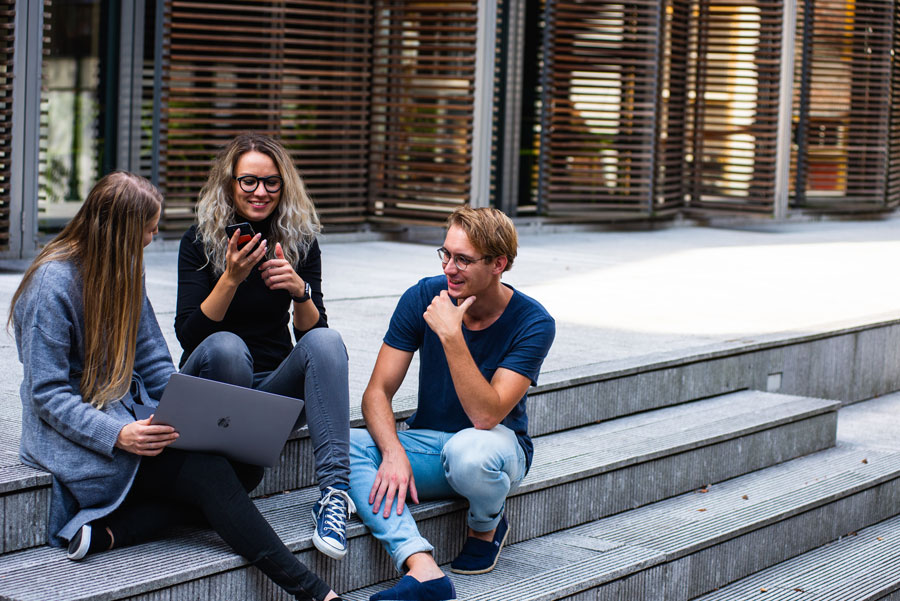 Despite all of these positive benefits, organisations have on the whole been slow to embrace digital transformation. A new study by Oracle and Future Workplace, reveals that although HR leaders and employees want to embrace AI (93% would trust orders from a robot), organisations are failing to prepare the workforce.

Most of us in our daily lives are quite happy to ask Siri for a movie review, or upload a picture of a tree onto an app that recognises its name and species. These everyday examples of AI are easy to adopt, but while 70% of people are using some form of AI in their personal life, only 6% of HR professionals are actively deploying AI and only 24% of employees are currently using some form of AI at work.

The Oracle survey then examined the obstacles in the path of AI adoption. They found that employees believe AI will mostly benefit directors and the C-Suite.

Managers of the future face the task of showing how AI will empower teams at all levels of the organisation, helping employees feel comfortable and non-threatened by the transition and addressing any skills gaps.

Our world is currently not very empathetic at all. Studies show that we’re in the midst of a narcissism epidemic. Narcissistic personality traits have risen as much as obesity in the western world. Social media and the belief that we’re all extraordinary, and have to assert our individuality to be marketable, has fed into this trait. Now, we have robots threatening to derail our sense of invincibility. The challenge then, is to be able to marry machine intelligence with human emotional intelligence and egoism.

“Artificial intelligence requires us to draft a social contract with our technology.” – Rana El Kaliouby, co-founder and CEO of emotion AI company Affectiva. 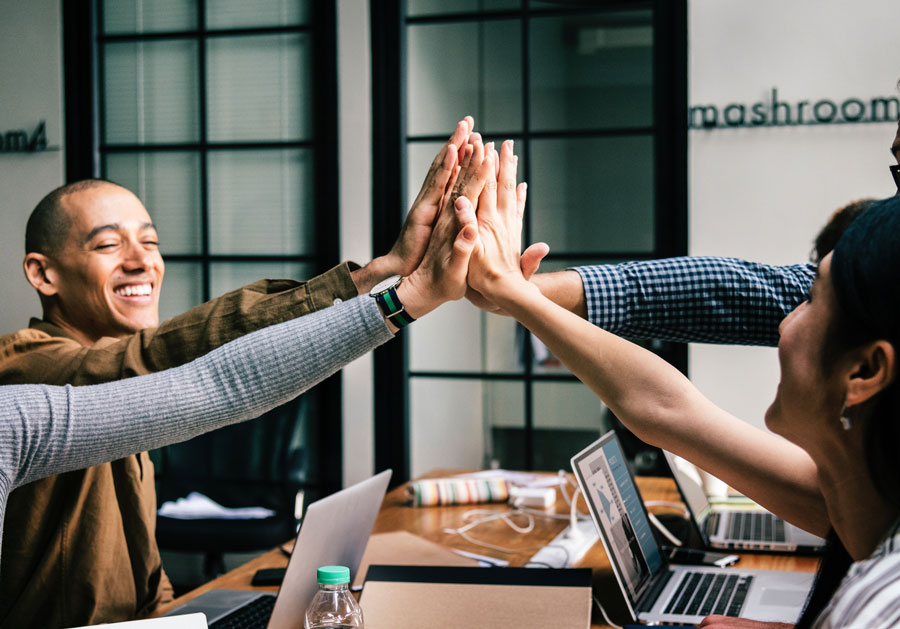 One thing that AI cannot do, is provide real human empathy. Yes machines can be programmed to react in a certain way. For example if one asked Siri, ‘Where can I go to get help for depression,’ she could be programmed to respond in a less robotic, more sympathetic way. Mimetic theory and the recent discovery of mirror neurons have helped scientists and programmers design machines that can mirror a smile, or imitate anger. But, they won’t be as human.

The social currency of the future isn’t narcissism, but kindness, says Nora Gherbi, founder of WHO CAREs!? A New York based international caring initiative. “Our brain is wired to mimic what we see, when someone is yawning for example. The more acts of kindness we are exposed to, the more likely we are to mimic these acts,” says Nora.

Future managers must be able to share kindness and build genuinely supportive teams. Machines may be able to quantify employees’ performance and even their morale. But at the end of the day, it’s a uniquely human ability to understand employees’ perspectives, engage and inspire them. 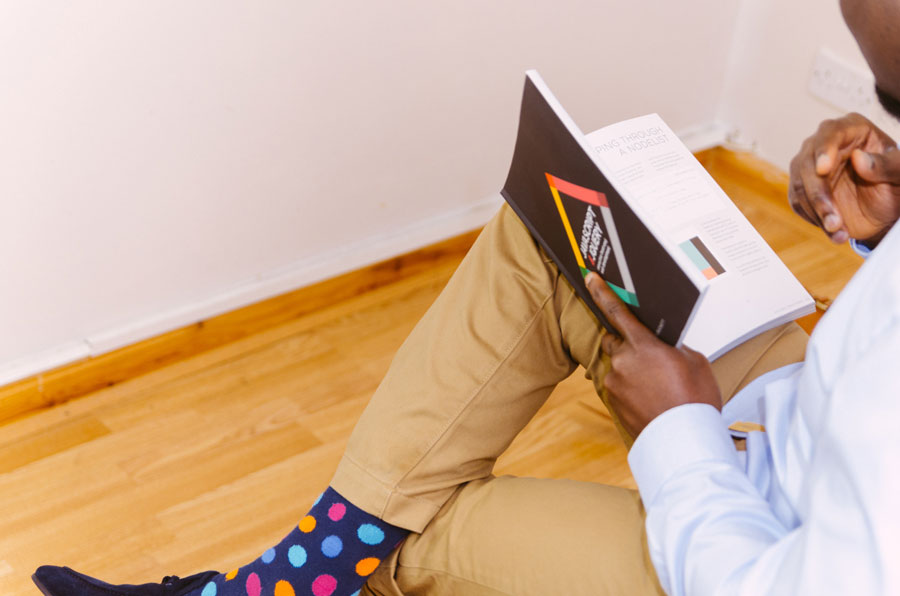 Earlier this year, LinkedIn analysed hundreds of thousands of job postings through its Linkedin Economic Graph. This is a digital representation of the global economy based on over 610 million members, 50 thousand skills, 30 million companies, 20 million open jobs, and 84 thousand schools. Essentially, it’s all the data on LinkedIn.

What did it find? The most in-demand soft skill of 2019 is creativity!

As AI frees us from repetitive tasks, humans will be able to flex our creativity. Part of this process is the ability to learn, unlearn and relearn. Creativity requires the willingness to fail and find better ways of doing things. AI is forcing us to shift the dial and we can no longer afford to be complacent.

Unlearning is sometimes the hardest. It’s having the courage to admit that our long-held assumptions, which are often the passionate driving force behind a business, can be wrong, says our Dean of LCIBS, Peter Wyer.

Any company introducing AI into its processes will inevitably discover things that they’ve been doing wrong all along, but that’s the point. Sometimes it’s hard to face: “Learning, unlearning and relearning requires emotional and social awareness – an ability to empathise with customers, distributors and suppliers. It requires the ability to listen carefully and understand the perspectives of others while drawing up different viewpoints. It’s like ‘trying on for size’ the worldviews of others,” says Peter.

Successful managers must be able to take constructive feedback and challenge their own personal constructions of their enterprise and teams. From here they can build a better working picture of the business and its parts.

The only thing that stays constant in life is change. There’s no fighting the inevitable, we can only prepare as best we can. At LCIBS our Emerging Technologies Masterclasses get you ready for the game, grounded in real-world learning by renowned experts. Prepare for the future now! 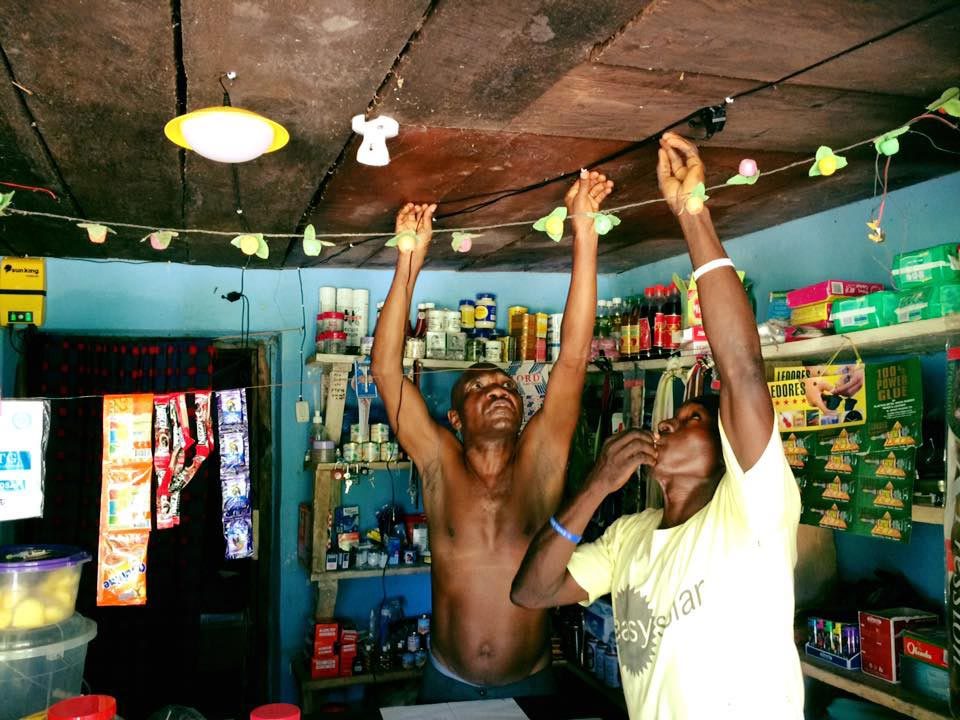 Seizing the opportunities of emerging tech 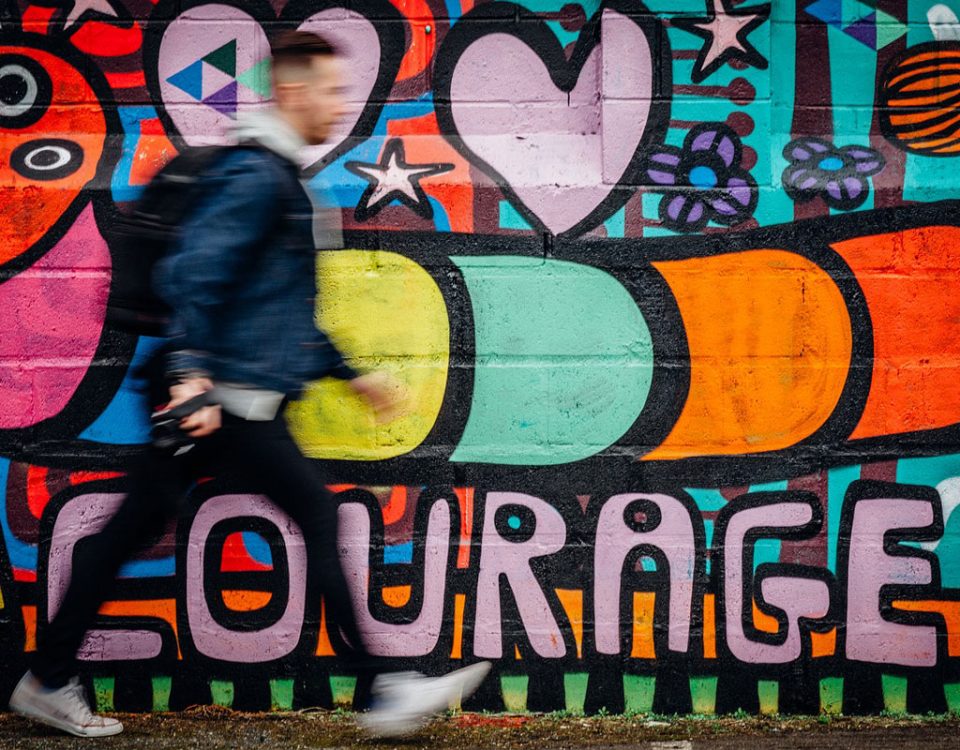 How to express your individuality in business 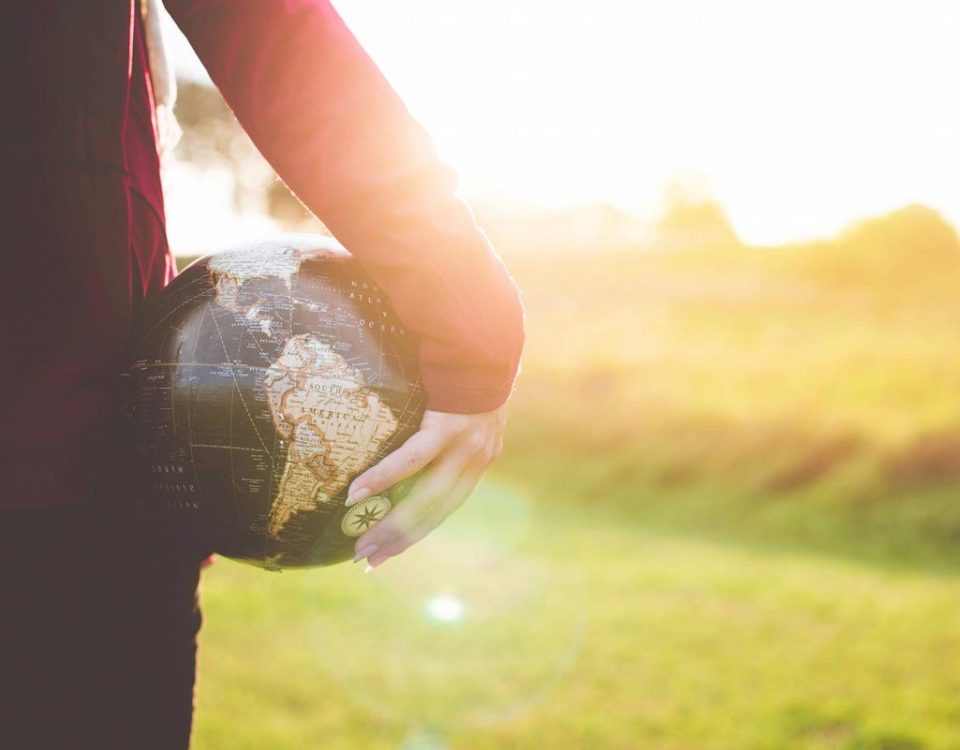